Imagine the best music coupled with crystal clear sound and a grand space where you can dance away – that is OMNIA, Las Vegas. Caesars Palace is one of the largest hotels and a landmark in Vegas, its newest addition is Omnia.

OMNIA is a nightclub so huge that even the celebrities cannot get enough of it. With a sprawling 75,000 sq. ft space, it is by far the best in the country. The former club which held the spot was PURE, a nightclub of the last decade which was ‘the’ trend. In 2015, the award winning Rockwell Group had designed this wonder which brought Caesars back to life.

The nightclub is a multi-storied building. There is huge main room bursting with energy and music, an attractive ultra-lounge and a mezzanine (between the ground and 1st floor). If you want to take some fresh air, then the beautiful rooftop garden is a must visit, offering a breathtaking panoramic view of Vegas.

The detailed description of the club :

OMNIA main room – A robotic LED chandelier which moves up, down, sideways or morphs along with the beat of the music. A widespread dance floor, the walls are covered with different antiques and the seats are made of comfortable leather. All in all, you will get cozy.

Heart of OMNIA – The Ultra lounge is the heart and the ultimate escape while in the club. It will take you into a different world as the brass interiors, mirrored walls and colored velvets are bright and engaging. LEDs are also put up here to keep you connected to the crowd. It is said to be a Club enveloped in another Club.

The Roof – Amidst the dance and music, the roof stands out. It provides an over the top feeling and a marvelous view of the Vegas landscape. It is a tech-wonder and one of the best designs in the entire nightclub scene. It is an inexplicable experience only to be seen and felt. It is said to be downright romantic.

It is better to be on the VIP list or per-reservations as the club has long queues for being the new trend. International DJs like Calvin Harris, The Chainsmokers, Steve Angello, Oliver Heldens and many are regulars here. The Party starts late and the club pushes you to be on your best attire. Work Mondays are followed by ‘Wild at Heart’ Tuesdays to let off that load on you.

As it is new, it is also highly equipped with the best technology. L-acoustics sound make even the thumping beats mellow and clear. An insane climate control technology makes you sweat less and the air condition does its job perfectly. Even the LEDs are motion sensitive and reacts to stumbles, just as if the club feels you and interacts with you.

With such features and a sound management and staff, what are you waiting for?
OMNIA will bring out the person in you that you have never imagined before. Live it. Be you. 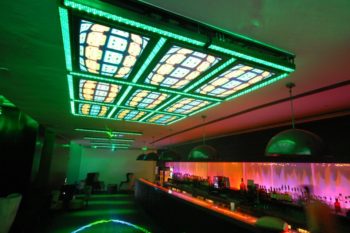 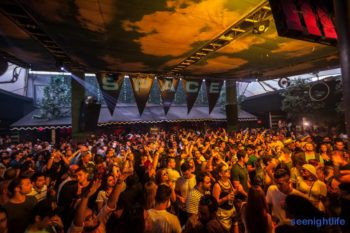 Open 24 hours on Saturday and Sundays