Being a major tourist attraction, Vegas has been constantly innovating and coming up with new and well-equipped places to go to. Well, what if you want to go to a beach and also enjoy Vegas? In the middle of the Mojave, you say? The answer lays Vegas itself.

Located in the South Boulevard of Las Vegas, Drai’s Beach club/nightclub is a one of a kind Club. It is a part of, The Cromwell, which is a boutique hotel in the heart of Vegas. The club operates on the rooftop of the Cromwell. Partying along with a mesmerizing view of the Vegas landscape, Drai’s is nothing short of a fantasy. Two clubs, Two experiences, all at one place, this is the new club generation.

Covering an area of 65000 sq. ft and above an 11 storied building, one can only imagine that as partying on the sky. Drai’s was created by the visionary Victor Drai and given his reputation, the club lives up to his eminent image. It has a very elegant design, great LED lighting and the kind of technology that awes you. Drai’s is known for giving the Old Vegas feeling and the social atmosphere Vegas thrives in.

In the daytime, the beach-club is the place to be, with multiple pools, surrounding Palm trees, and an ambience that will transport to a beach far away. DJs like MIJA, Kimkat, Quintino, Bassjackers, MAKJ, Zeds Dead, Motif, and Dirtcaps are all the regulars to spin that dirty bass. But Drai’s is diverse in a way that no club can be, it plays Hip-Hop. NBA players, celebrities and Hip-Hop artists can be found partying here. People love the different feel of the club, away from the generic EDM.

The night is even bigger as the Nightclub comes to life. The indoors include 2 levels of space, 6 elevators and VIP bathrooms. A giant 1,785 sq. ft. LED screen caters to the audience. The club has gained a lot of good reviews and recognition because of its sumptuous food and the fast service which is satisfying.

Las Vegas is the entertainment wonder of the world. Everybody’s fantasy always has a spot for this wonderland. From Casinos, Clubs, Hotels to Mega Resorts, Shopping centers and Fantastic Restaurants, Vegas has it all. It has gained the name ‘Sin City’ over the years as nothing is impossible here and ‘What happens in Vegas, Stays in Vegas’.

The party here doesn’t end in the night it just moves to the basement. Yes, they have an afterhours segment, which caters to the night owls and corporate alike.

With dancers in costumes, laser shows, the best in music and an unbeatable vibe, Drai’s is here to rock your world so, do pre-reserve and get on the list. There is ample space and a whole lot of tables for many. 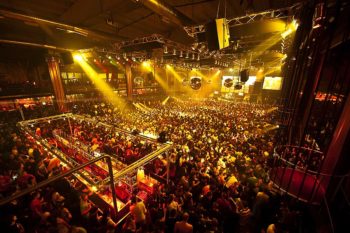 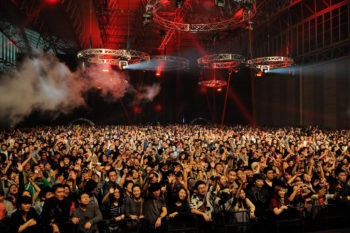 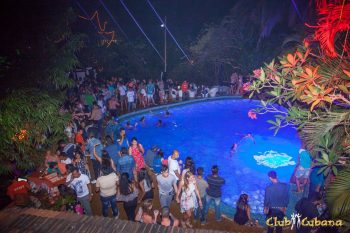