Published by Bridge Clubbers On August 17, 2016 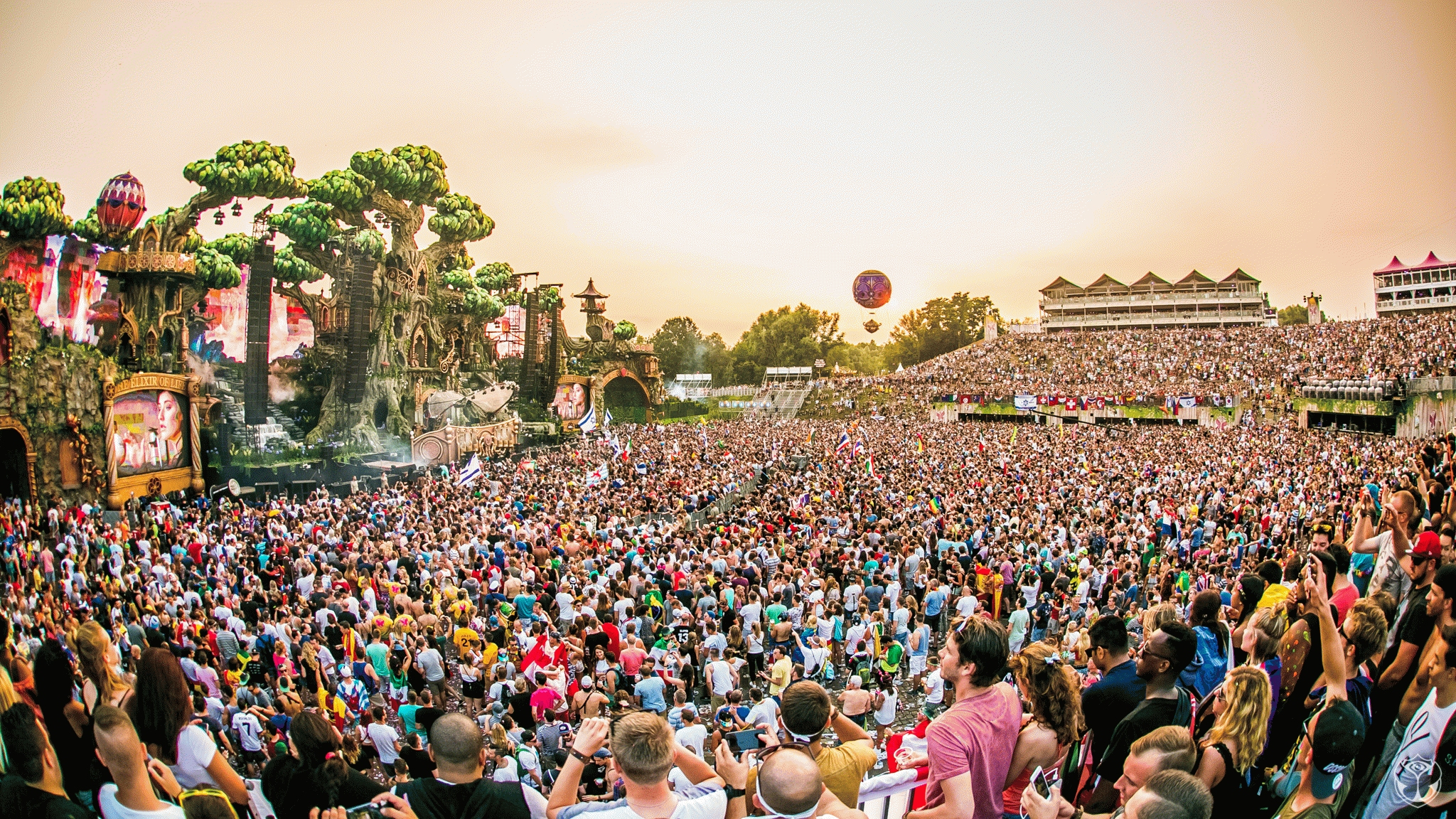 Like every year, Tomorrowland was massive this year. Even before an announcement of the lineups the tickets were sold out like hot-cakes. This year the theme was ‘Elixir of Life’ and the whole venue and stages were thought out and decorated with splendid setups. Though the theme was huge, it was not responsible for the sellout the event was. It seems as the years go by Tomorrowland remains an experience and not just a festival.

The main stage this year resembled a huge tree, widening throughout the stage. Though it first seemed like a forest but it was actually a whole tree in segments. With more festivals upcoming, this stage does stand out. The fireworks in the night sky looked as if the forest was shining in the darkness. There was a waterfall and even a restaurant for VIPs in it. Two of the other memorable stages were the one which was like an Opera and another which was a moving Dragon with smoking nostrils – Amazing!

July 22 started with a bang as the day 1 lineup was – Fedde Le Grand, Otto Knows, R3hab, Galantis, W&W, DVBBS, Armin Van Burren, Dmitri Vangelis & Wyman, Tiesto, Alesso on the Main stage. While a awaited special collaboration of Deadmau5 & Eric Prydz was live on another stage and it was a showstopper. Many other were on simultaneously sometimes and of them some were just outstanding – Sephyx, Yotto, Tommy & Alec, VINAI, Jay Hardway, Kura, Timmy Trumpet, Blasterjaxx and Marshmello. Tiesto had completely taken over on the first day itself.

Day 2 started with the most energy with a warm weather as Laidback Luke set the groove. Then the likes of KSHMR, The Chainsomkers, Afrojack, Yves V, and Nicky Romero followed. The Belgium boys and Tomorrowland residents Dmitri Vegas & Like mike played a Vinyl set. Axwell & Ingrosso set fire to the main stage at the end of day 2 with ‘RELOAD’. Other hits on this day were – Sigala, Bassjackers, Robin Schulz, Lucas & Steve, and Marcel Dettman among many others. Sets were played throughout across the many stages here.

Day 3 started with a little less energy and a calm vibe due to the last 2 days of reveling but people were thrilled about the closing. Ferry Corsten started the main stage set at noon followed by Ftampa and Dada Life. Then it was the Dutch favorite Don Diablo’s melodic set which turned on the feelings. Oliver Heldens came next and it was pumping. The day ended with the wiz kid Martin Garrix and Dmitri Vegas & Like Mike sets. It could not have been a better end than shaking to the hit ‘Animals’.

Overall in the three beautiful days, another Tomorowland came to a glorious end. Out of the whole lineup some DJs shined the most – KSHMR, Lost Frequencies, Marcel Dettman, Dmitri Vegas & Like Mike (Obviously) and Axwell among all.

You can see all the glimpse in aftermovie which is launched officially on August 5, 2016

Another year awaits and such a rich experience cannot be put down in words. It can only be lived and felt.